Primenumbers on a window in the Institute of Physics.

Confetti between daisy flowers. Politics students were celebrating their graduation.

The Italian nightlife never fails to surprise me.

Drinking chess, of course the idea of an Erasmus student.

Iranians celebrate the beginning of new year in Spring. In this case, with vodka shots.

Vegan has gone too far: Vegan cookbook for dogs. 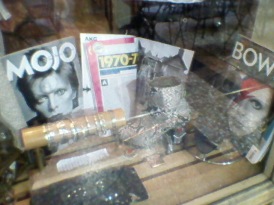 A non-mainstream store with David Bowie magazine covers as decoration. 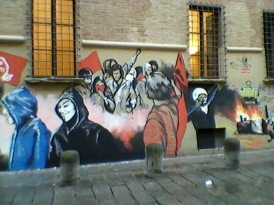 The new grafitto in the antifa’s part of the university area.

This site uses Akismet to reduce spam. Learn how your comment data is processed.